Ok so in doing all my internet research and stalking hotties online online work, I’ve realized that there are a lot of very beautiful bloggers in the interwebosphere! These full time, top bloggers are usually a combination of talent, beauty and smarts. Many of them have used the internet as a catapult to shoot them straight to the top of the media world.

What’s even more impressive is how these online entrepreneurs are, finding creative ways of using their talents and passions, and sharing it with the world in such a way that makes us all want to listen to them.

I’ve made this short list of top bloggers who are indeed in a league of their own and who also posses the drop dead gorgeous looks that make their geeky minions drool for every new blog post they create. I listed them in no particular order, and have split it up into two parts.

Pictures were taken from each cute bloggers respective sites and links to their blogs are listed with their description.

Here’s part 1 (again in no particular order) of the Top 10 Cutest Asian Bloggers!

It’s hard to talk about top bloggers in Asia without mentioning Xiaxue, she’s a Singaporean blogger who’s blog boasts 50,000 views per day! She’s also been rated as one of the top 100 blogs by Technorati, a feat that’s extremely difficult to obtain. In fact, each blog post of Xiaxue garners at least 300 comments!

Just like any rockstar has their haters, blogstars get their own share of jealousy and anger. If you’re one of the anti-Xiaxue readers then you’re probably already complaining and saying that she just photoshops all her pictures. Something that Xiaxue herself admits: “…Do not give the credit of those looks to me! Give it to Adobe Photoshop. My pictures are all enhanced (and trust me, I am good at it), so minus 40% and you get the real thing. =D” she says in her blog.  But all I have to say is that it’s her blog that’s famous. We all get to see her blog, and rarely her. So if they are photoshopped… well who cares, it’s working! You can tell by the numbers.

Wendy Cheng’s personal blog had stories of travels, parties, fashion and more! But don’t let her seemingly sweet photos fool you as this top blogger also packs a punch! Her blogs have been known to stir up controversy and quarrels. She’s been known to have defamatory and even racist posts every so often. She even had a very controversial blog-off battle with another member in this Top 10 Cutest Bloggers list.

Nowadays, you’ll find lots of endorsers and a more calm and mature writer in her posts. Perhaps signs of growth and her growing popularity, or perhaps just a calm before the storm, waiting for the next big thing to catch Xiaxue’s bad side.

Unfortunately for the guys out there, this cute blogger is already married. Xiaxua was married to American Michael Sayre, whom she allegedly met online. They wed on 13 March 2010 at Italian restaurant Forlino. 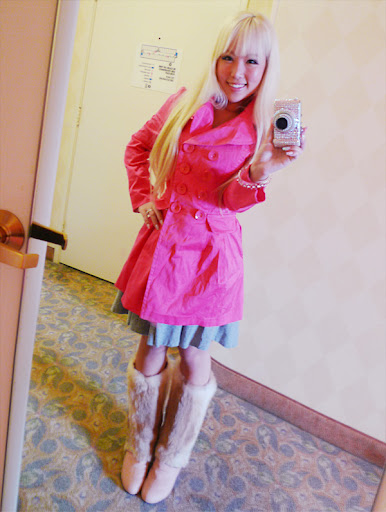 Ringo, Rin, Cheesillicious, Cheesie, Cheeserland or whatever you want to call this fashionista. Cheeserland is one of the top bloggers from Malaysia who mostly writes for her personal blog and thus, can have some random stuff in there. Mostly, her blogs contain fashion, travel, her dogs, hair tutorials (she loves styling her hair apparently) and her personal fashion cheats (how to look like magazine models or celebs).

Nowadays, Ringo Tan is known as a celebrity blogger from Kuala Lumpur, Malaysia. She is known as “Cheesie” to many of her readers. Sources say that Ringo Tan loves cheese so much that she named her blog as such. Her blog shares her unique personality with readers and is updated very regularly. Trying to define her blog any more than that may be difficult as Ringo herself claims that both she and her blog are very “confusing.” I can hear your blasphemous screams already… “Michelle Phan isn’t from Asia?!!? You idiot!” Well…. my very judgmental and loud readers, first of all, I didn’t call this the “Top 10 Cutest Bloggers from Asia” list, did I? No, I called it the “Top 10 Cutest Asian Bloggers!” Someone from Michelle Phan’s lifeline was from Asia, Vietnam to be exact, so thus, I would like to argue that this RiceBunny still does fall under the “Cutest Bloggers from Asia” title. Secondly, she’s just too damn cute to leave off this list! Seriously, Michelle Phan is a make up artist, video editor, blogger and entrepreneur, a total package of beauty and talent, so how could I leave Michelle Phan off the list?

Michelle Phan is a Vietnamese American known for creating make-up and beauty tutorials on YouTube. Knows also with her other alias of RiceBunny, her YouTube channel has been viewed over 50,000,000 times and counting! In November 2010, Michelle reached 1 million subscribers and became the #1 most subscribed female on YouTube. Showing that she is indeed the Top Female Video Blogger out there. 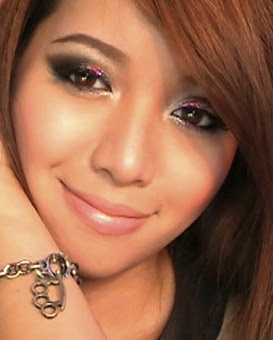 Widely known as the Blogging Princess in the Philippines, Hannah Villasis is quickly making a name for herself through her blogs and media appearances. This sweet candy so full of flair was featured in Chalk Magazine’s Aug 2010 issue as one of the Top 10 Bright Young Talents to look out for.

Prior to becoming a full time blogger, Hannah Villasis worked Certified Public Accountant at an international banking company (Deutsche Bank). Showing that this beauty also has the brains to back her up.

She’s definitely one face that can launch a thousand ships and we’re predicting that she will be doing so in the very near future. Hannah Villasis / FlairCandy is definitely a blogger to look out for.

Before moving to the hustling and bustling streets of New york, top blogger Dawn Yang was known as Dawn Yeo from Singapore.

Dawn Yang / Dawn Yeo was voted as the “hottest blogger” in 2005 on the hottestblogger.com site (not active today). Also, in The New Paper’s annual Flame Awards 2005, Dawn was voted by readers as the “Babe of the Year.” Add to that, Dawn Yang was featured on the cover of May 2007 Maxim Magazine and on the cover of the Dec 2005 FHM Singapore Magazine and later voted into 21st place on FHM Singapore’s 100 Sexiest Women!

This international model and blogger, Dawn Yang, writes about traveling the world, fashion and her own new experiences. She’s a lifestyle blogger in a league of her own! 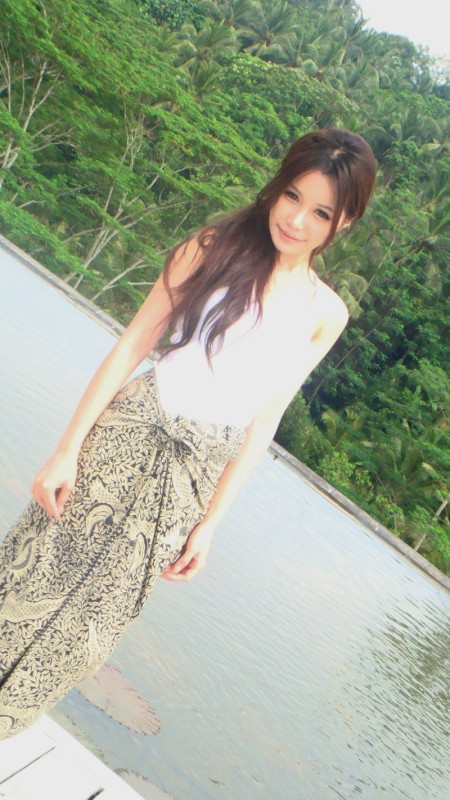 Who do you think should be the #1 cutest blogger? England is the country with biggest breasts in Europe

A survey made by bra maker Triumph found that British women have the biggest boobs in Europe. More than half of women in that country wear a size D cup. Denmark scored second while Holland was third. On the other hand, Italian women had the smallest breasts where 68 percent had a size B.

Contrary to popular belief, there is no link between eating chocolate and acne breakouts.  Several scientific studies have disproved this common myth.

July 24. After WWII, California sunshine and a love affair with automobiles spurred the growth of roadside businesses in the Golden State catering specifically to motorists. As America’s first major drive-thru hamburger chain, Jack in the Box® restaurants (founded in 1951) helped pave the way for a delicious new dining experience.

My past couple of posts about staying young a LIVING got me thinking of this song, Forever Young.

Here’s the lyrics to it.

Let’s dance in style let’s dance for a while,
Heaven can wait we’re only watching the skies,
Hoping for the best but expecting the worst,
Are you gonna drop the bomb or not?

Let us die on let us live forever,
Don’t have the power but we never say never,
Sitting in the sandpit life is a short trip,
Music’s for the sad man

Can you imagine when this race is run,
Turning up our faces into the sun,
Praising our leaders getting in tune,
Music’s played by the mad man

How To Stay Forever Young How To Stay Forever Young